A GREAT gig!!! One of the very best at Steelfest!
“Cult band Mortuary Drape was formed in Italy in 1986 as a trio, by the visionary Wildness Perversion. Highly inspired by the dark arts & combining early influences from bands such as Mercyful Fate & Celtic Frost, Mortuary Drape developed their own unique style, defining themselves as black occult metal & releasing the demo Necromancy in 1987 which spread their name throughout the underground; though it was not until 1992 that their first official release surfaced, with Into the Drape.”  – peaceville.com 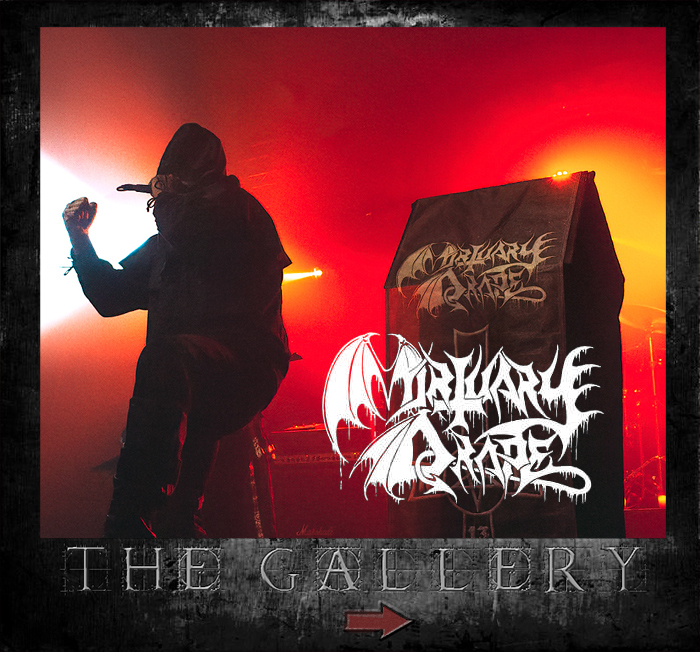