A long long day with GRÁ

Started out early in the morning when Heljarmaðr picked me and Maugrim up and we headed to THE record fair. Many familiar faces there but omg the queue:)) When we were done, we collected Dimman and had some hours of photo shoot (new album in making!! Heard some of it and it sounded great!!) and we finished the day by going with the guys to the Death Kills festival. A very good day! Snatched the pic of Andreas Heljarmaðr but I think I took it with his phone:) Anyways, as usual it takes awhile before I can show any pics from the shoot.

“The name Grá comes from a mixture of the Icelandic “grár” and the Swedish “grå”, simply meaning “gray”. The major content of the lyrical concept is based upon the ancient Scandinavian religion, or rather upon the dark aspects of ancient Scandinavian spirituality. Grá is not a part of any organized religious movements but stands as an independent force. Grá uses Charon from the ancient Greek mythology as a symbol of transition. Death is always present.” 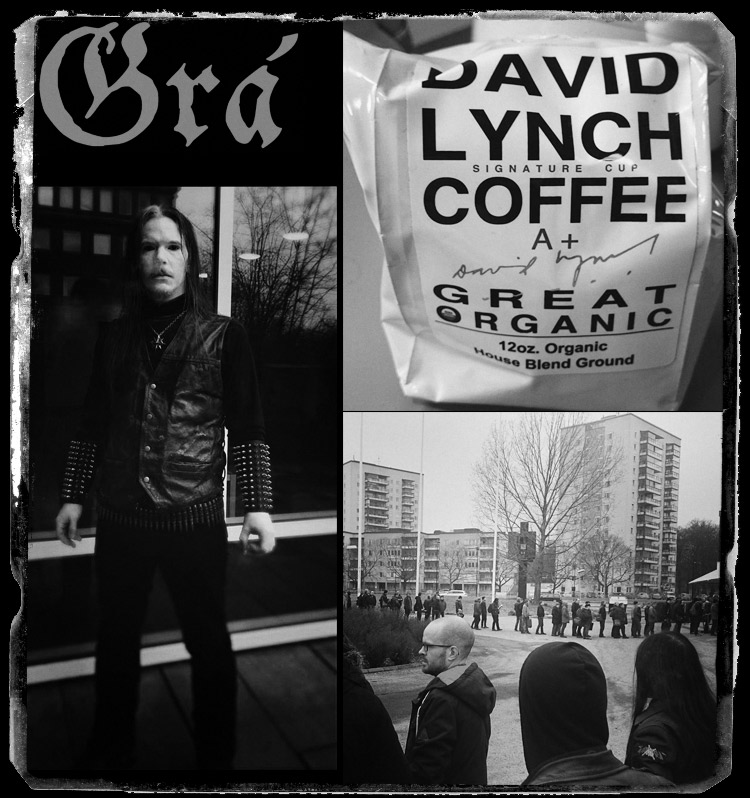 If you´re not familiar with this band yet, I strongly suggest you give them a listen!!!