The guys in TORMENTED don´t live in town so we scheduled the shoot when they were playing a gig here. Also the venue worked out well being an Old Town basement and all. So we did some shooting for promo and album [Death Awaits 2013] The album gatefold picture is a shot we took later in the dressing room and the one on the back cover is from the actual shoot. Some of the pics made themselves useful as promotional ones. 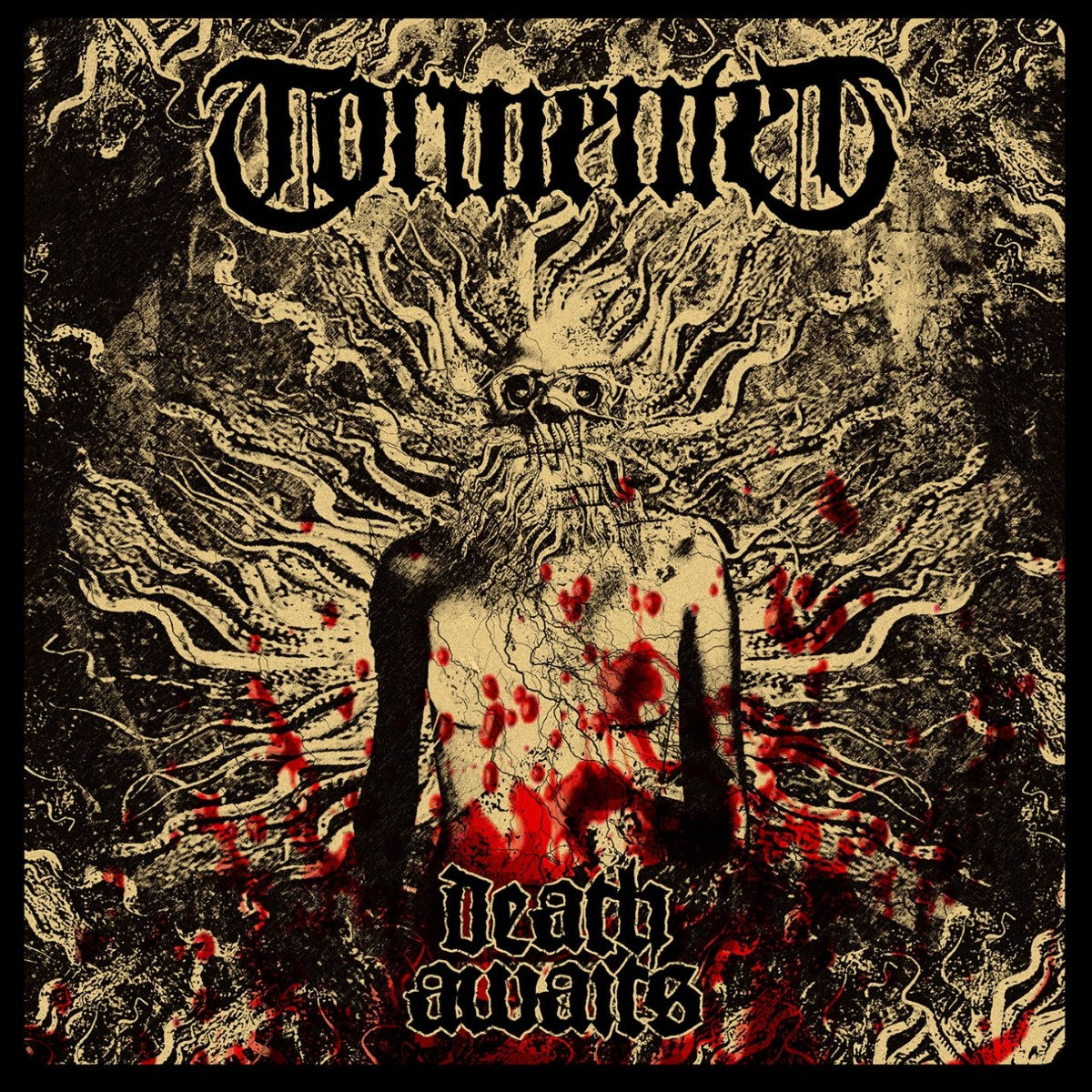